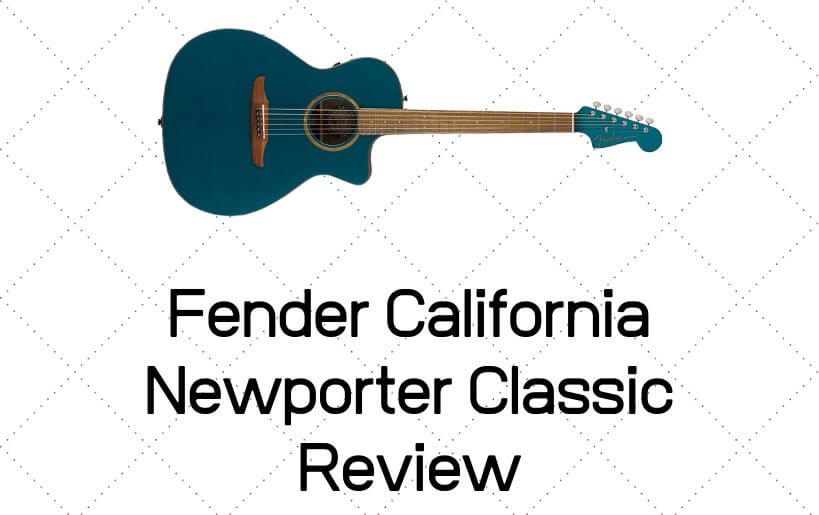 Rossmeisl, due to such positioning innovated a lot in the construction and design of the guitars. He is the guy who introduced the acoustic/electric body shapes. These guitars head the 6-in-line electric headstock, while a cresting wave acoustic body. This was the sun-and-fun design that later transformed into the California series that was introduced in 1993, several years after Rossmeisl’s death. What he introduced back in the 60s is still unique and unparalleled in the world of acoustic guitars. It is not just about the looks, it is also about the sound. One model of a California series is Fender Newporter Classic that is under review here. Let’s see what does it offer, after all. 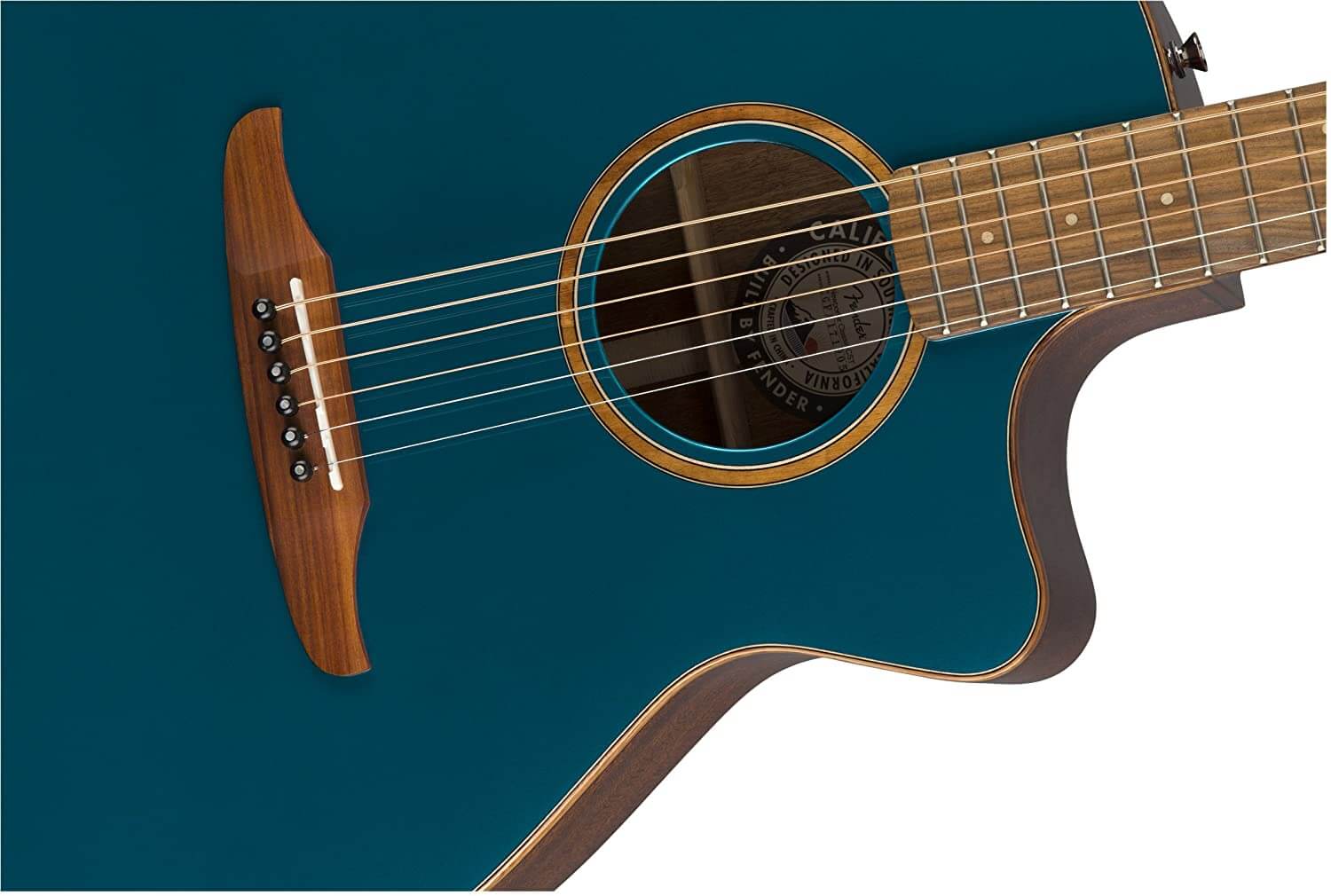 Fender Newporter Classic belongs to the California series introduced by Fender in 1993. The body shape is Fender’s original acoustic/electric design that has been around since the 1960s. The headstock is like the Strat’s and the body is a simple acoustic body. It is available in multiple, vibrant yet vintage colors that definitely catch the eye. The body has a solid Sitka Spruce top which is the main reason why the guitar sounds bright. The back, sides, and neck are Mahogany. The former two are unpainted Mahogany, while the neck has a beautiful solid Satin finish. Mahogany body is what balances the tone of this guitar. The size of the body is pretty much like the auditorium acoustic guitar. It is the smartest size for an acoustic because it fits in the hands of guitar players of all sizes. It is never too big and certainly never too small. The neck profile of the guitar is C-shaped. However, it is not the C-shaped that normal acoustic guitars usually have. It is the slim-taper C-shaped that is mostly offered in electric guitars. The fretboard of Newporter Classic is made from Pau Ferro and consists of 20 frets. The frets are not small; they are mid-sized that are easiest to play. In short, the entire neck, fretboard, and headstock are the electric style. 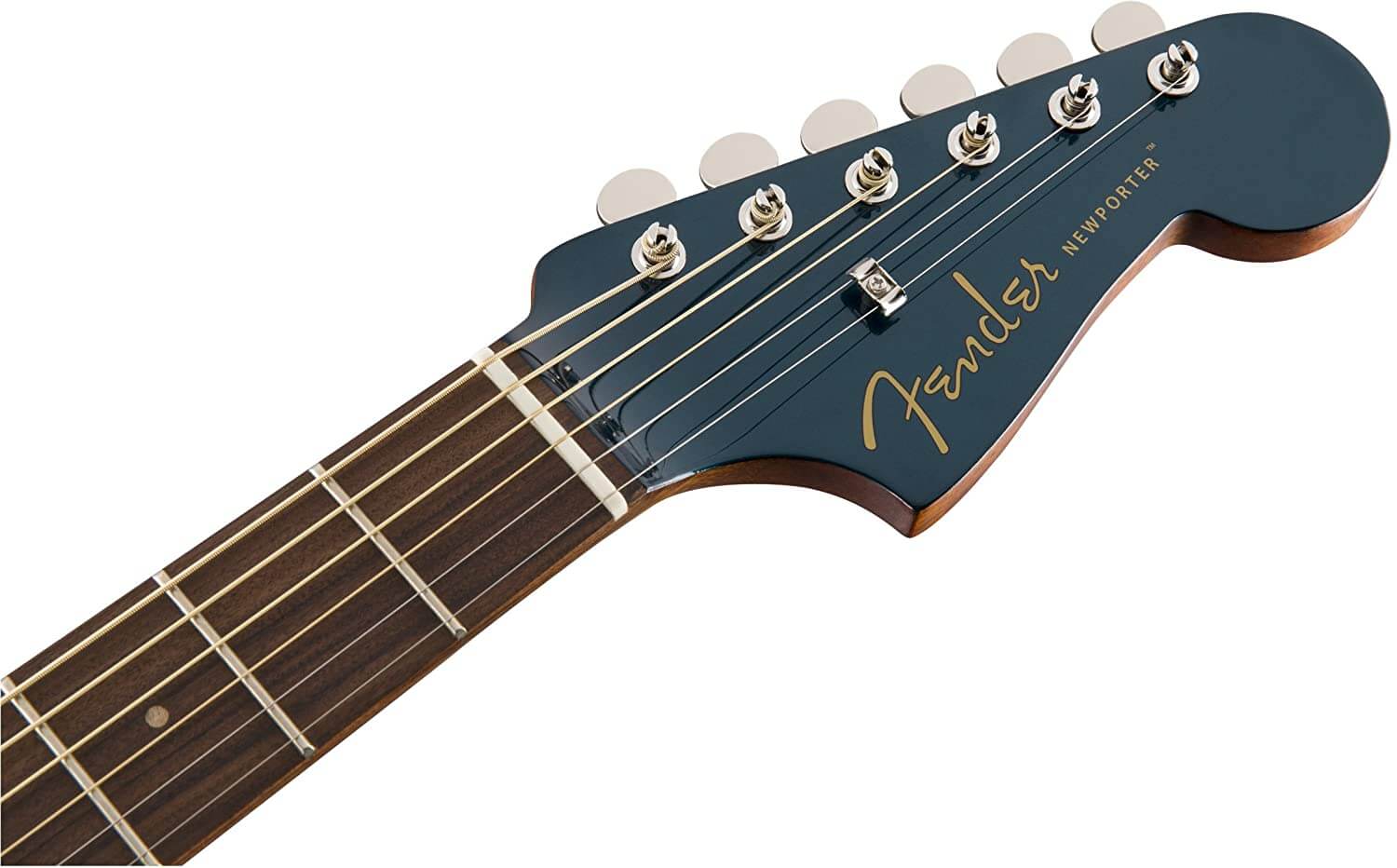 Because the design of this guitar is unique, the sound is absolutely different too. In one line, it sounds like a Strat tone amplified in an acoustic body. The sound is bright and crisp and it is amplified in a beautiful balance. The reason for this intelligent combination of Sitka Spruce and Mahogany. Sitka Spruce brightens the sound, while Mahogany warms the lows, mids, and highs equally. There is nothing else out there in the market that sounds like the Newporter Classic from the California Series by Fender. It can be used individually in a random jam, and it will also sound perfect with a pop-rock band, plugged, on stage. This versatility is only achievable because of the innovative fusion Rossmeisl came up within the 1960s. It is like getting a tone for both, an acoustic and an electric, while just paying for one. 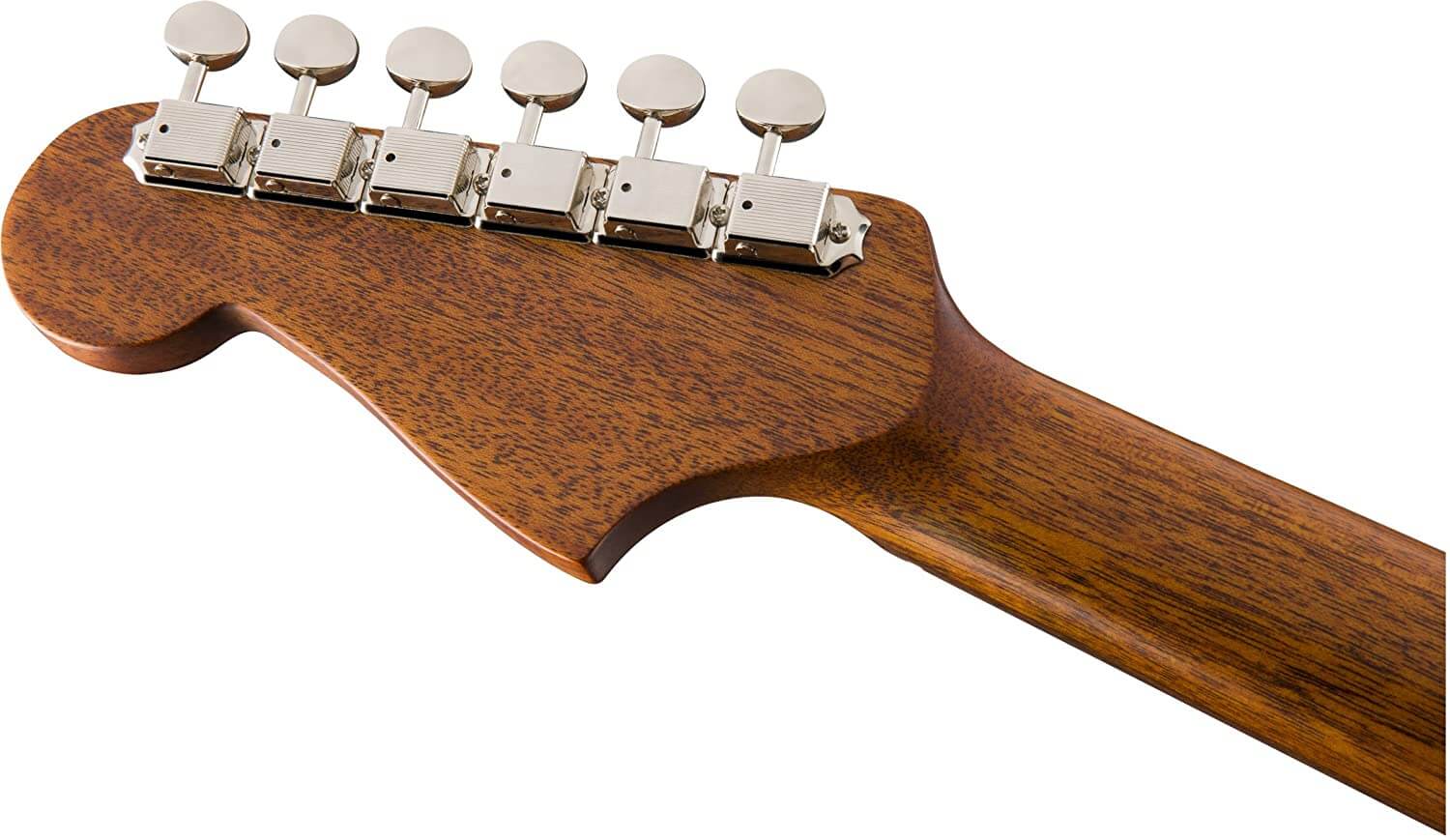 Oh yes – the Newporter Classic is a semi-acoustic guitar. It had to be a semi-acoustic in order to be a perfect fusion of an acoustic and an electric guitar. It has a Fishman custom-voiced preamp that contains a bass, a middle and a treble controller. Additionally, it also has a built-in tuner and phase controls. This preamp is specifically designed for the California Series. It is not used by any other brand or even any other series by Fender only.  The pickup of the Newporter Classic is also designed specifically for it by Fender and Fishman together.

The tuning machines in the unique looking headstock of the Newporter Classic are made of nickel. This means that the tuning machines are fairly strong and once you tune your guitar, the tuning is not going anywhere for months, to say the least. The bridge of this guitar is also made of Pau Ferro, the same type of wood they used for making the fretboard of this guitar. They call it the “Viking” bridge.

If you have gone through the introduction of this article, you might already have a pretty clear idea of how Fender intends to position their acoustic guitar ranges in the market. If not, Fender acoustic guitars are all about being young, carefree, and having fun. This positioning is the reason why they have chosen the unique colors that this guitar is offered in. The more popular of the two colors is the Cosmic Turquoise. The color is painted on the top and the headstock of the guitar only. The back, the neck, and the sides of the guitar are Mahogany and therefore, remain unpainted. The other color this guitar is available in is the vibrant Hot Rod Red.