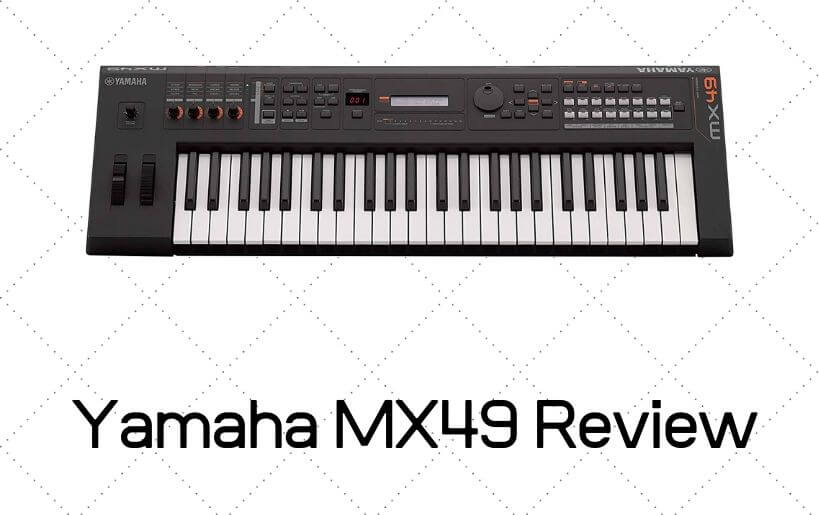 If you’re looking to enter the world of synthesizers and do not have a high budget, then don’t worry. You don’t have to buy a cheap synthesizer keyboard that’s more like a toy than an instrument. There will be some cons but so are they in instruments that are worth $1000 or more. Given that your experience is minimal to none, the Yamaha MX49 can be a great option for you.

Yes, you can own a brand-new Yamaha synthesizer keyboard that will not break your bank. The question then remains is if it has the features that you need and that’s what we are going to be answering through this Yamaha MX 49 review. So, stick till the end and find out for yourself.

Before we dive deep into the various aspects of the Yamaha MX49, know that it has 49 keys and has been equipped with Yamaha’s AWM2 engine. This engine provides so many benefits to the MX49 which we are going to discuss below.

The MX49 is a synthesizer for beginners including children who need portable keyboards that they can carry around. To meet this demographic the MX49 has been kept lightweight by reducing its size and parts such as speakers. Resultantly the MX49 weighs even less than 8 lbs and measures 38.6 inches in length and 15.2 inches in width. Therefore, you can place it anywhere and carry it without feeling any weight.

The body of the MX49 is also plasticky and therefore we advise you to buy a padded casing for it so that it doesn’t break while you’re carrying it places.

Its panel is filled with buttons while to the left of the keys are two knobs. Overall the body looks good. More so, it comes in three colors; white, black, and blue. While the white and black are quite normal colors, the blue one had an attractive and retro feel to it.

Now we are into the real deal which is the sound quality and sound memory. This aspect of the MX49 is jam-packed. If you are a true Yamaha fan, you’d know about the Motif series. In case you don’t the Motif series was Yamaha’s flagship series of keyboards that stirred a storm in the world of keyboards. The MX49 has been equipped with 1000 sounds and voices that were used in the Motif XS. Don’t ask us to tell you which instrument sounds are included because this article is not enough for that, just know that any instrument that you can think of is included in these 1000 sounds.

Moreover, the MX49 has a 128-note polyphony which is surprisingly high for a piano at this range. You’ll find that its competitors have either a 64-note polyphony or 48. The sound quality is too good as well, thanks to Yamaha’s AWM2 engine.

Although each function is easily accessible using the control panel you still have the option of connecting DAWs and VSTs. You will not find another keyboard at this price range that has a complete suite of music production software tools. The MX49 is compatible with Steinberg Cubase AI which offers 48 audio tracks and 64 MIDI tracks. 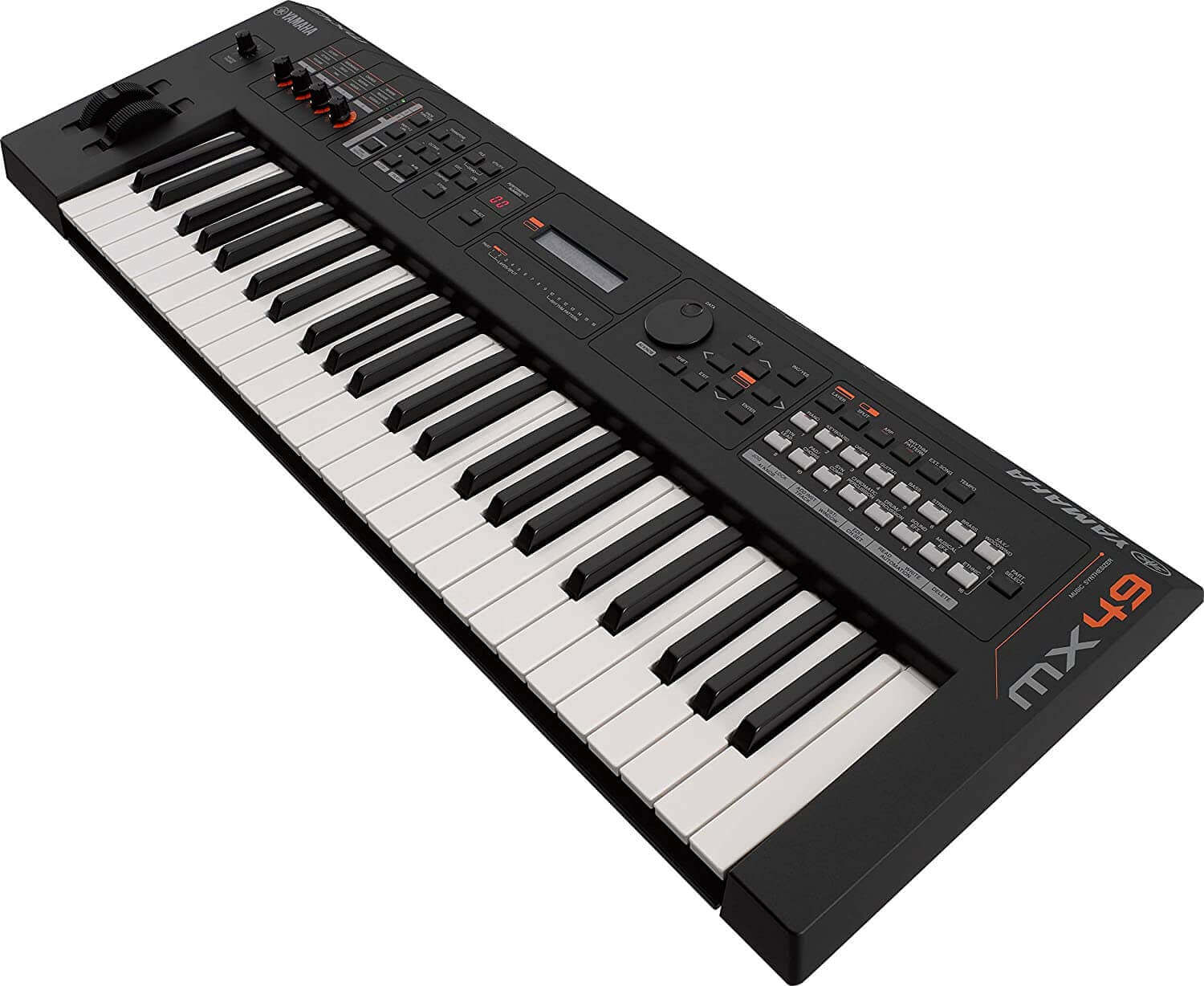 Key sensitivity is where we are a bit disappointed because the keys of the MX49 are neither weighted not graded. If you want weighted and graded keys while keeping the rest of the functions similar then check out Yamaha MX88, which is almost the same keyboard just a little bigger, heavier, more keys, and hammer action keys. Obviously, it would cost a lot more too.

While the MX49 does not have weighted or graded keys it does, however, tend to have somewhat of velocity sensitivity. Although if you have a little bit of experience with expensive keyboards, you’d know that this sensitivity isn’t that great either. It only produces a louder or lighter sound, rather than adding or subtracting a bit of nuance to the note.

We feel like we’ve already mentioned some of the extra features in the previous two sections but that’s because they were interrelated.  However, there’s more to the picture. The MX49 has an internal recorder and playback stereo audio with 16 channels of MIDI data storage.

You can also edit and store your own sounds onboard. Whereas connectivity to iOS devices as well as window computers is ensured through USB/MIDI outlets. While this was not enough, the manufacturers added FM essentials, a feature that can add 271 more voices if you connect to this keyboard to an iOS device.

We were also surprised to find out that the MX49 not only features the split and layer functions but also does it quite well. With enough sound options and effects already, the layering function can be used to make a variety of mixes, only if one is a bit creative.

With so many functions, one comes to think that the rear of this keyboard would be jam-packed with sockets. Surprisingly, it’s not, it only has a USB port and one port for headphones.

Ohh! Headphones remind us of one disadvantage that the MX49 has. It’s not actually a disadvantage but to keep the weight of the keyboard as low as possible, the manufacturers didn’t provide it with a speaker. So, either you’ll be carrying a pair of speakers with you or you’ll have to make sure the place where you’re going already has speakers that you can plug into the MX49.

Looks like we’ve dived down too deep into features of the Yamaha MX49 and we should provide you with an easier lens to judge it with. Check out these simplifies pros and cons and see if this is the right synthesizer keyboard for you.

All in all, the Yamaha MX49 is a good option for the price it is being offered. With so many features and such good sound quality and memory, we would recommend this to you if you have a restricted budget. Except for unweighted keys, the rest of the cons can be ignored. We hope this Yamaha MX49 review has answered all your queries and by now you’re sure of whether this is the right synthesizer for you or not.