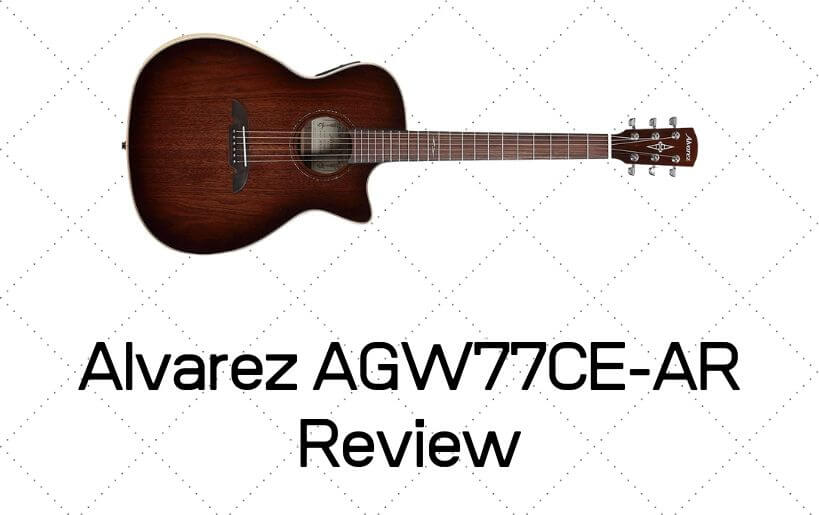 Alvarez is a relatively newer name in the guitar world. They came into existence 50 years ago. Not that new but compared to names like Gibson and Fender, it is pretty new. Gibson and Fender are super old and mature in the business. However, the growth Alvarez has shown in such less amount of time is certainly commendable. Since their inception, they have kept their focus on acoustic guitars and have definitely tapped a segment that was unaddressed. What is the most important, the primary factor in a guitar? And especially in an acoustic guitar? The tone. The tone and sound of the guitar are factors that matters the most in acoustic guitars, and Alavarez has always positioned themselves based on their tones. They produce guitars with tones that are different than any other guitar available in the market. They make sure they use woods and designs that are different to produce a sound that is different. And that is what they have always marketed.

People who are, or become fond of the tone that Alvarez offers will find it a compromise to play any other guitar. And the second edge is price ranges. The tones that they offer in the price bracket they compete in is almost impossible to believe. Such tones are often considered to be premium and hence, more often than not, also cost premium. That is not the case with Alvarez guitars. Their AGW77ce-AR is not any different either. It has a huge sound, a unique tone, and does not cost an arm and a leg. Let’s get into it and see how. 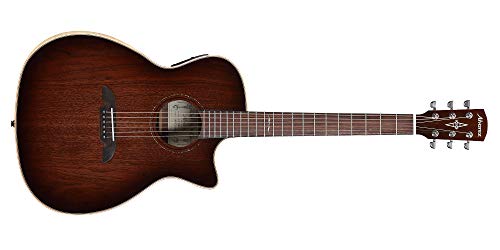 Alvarez’s AGW77ce-AR is a guitar that is very thoughtfully designed. As soon as you look at it, you realize this is not a guitar you would find everywhere. Every guitar, for instance, has armrests. It is impossible to have an acoustic guitar without an armrest unless it is a travel model. Travel models are ¾ size and scale and usually have different designs. Otherwise, it is pretty much the same. But, not with AGW77ce-AD. This guitar has a unique beveled armrest that almost fixes your arm when you play. It is comfortable and so in-position that all your attention would stay on playing the thing instead of fixing your hand positions in hope of finding the sweet spot. Along with that, the guitar is a single-cutaway body design. It is deep enough to give lead guitarists access to all the frets it has.

Talking about the wood, Alvarez has kept their uniqueness in the wood choice too. They do not use Spruce or Sapele. And not even Mahogany. Mahogany makes the guitar expensive and Spruce (or Sapele) does not deliver the tone Alvarez wants in their guitars. Therefore, the choice they made for the wood to be used in this guitar was Walnut. Walnut, if explained in layman terms, produces a sound that is not similar to either Spruce or Mahogany. The AGW77ce-AR has a Walnut top and back. The fretboard is made of Rosewood as usual. Brands usually do not experiment in the woods when it comes to fretboards. That is probably because Rosewood is a proven solution for fretboards. No other wood type gives better sensitivity than Rosewood. However, the Rosewood they used is not classic Rosewood. It is called the Pau Ferro Rosewood. It is a little different than Rosewood but more importantly, it reduces the production cost. The 21 frets in the board have no inlays, except one stylish inlay on the 12th fret. The minimalism of this piece is something else, really.

Because the AGW77ce-AR has a slightly different body and a unique wood, the sound is pretty different too. This guitar does not sound like usual guitars out there. Woods like Spruce and Sapele produce sharp and bright sounds. Spruce is a little higher in quality than Sapele but both of them sound bright. Mahogany, on the other hand, sounds warm. It is soft and warm and is usually preferred for mellow genres. It has a different feel altogether. Walnut produces a sound that is similar to none of them. Walnut’s tone falls somewhere in between Spruce’s and Mahogany’s. It is neither bright nor warm, but it also both at the same time. In one word, the Walnut top and back in AGW77ce-AR has an extremely balanced sound. That is essentially why this guitar would suit players of both genres. Also, the sound is loud. It is pretty loud. It is one of those guitars that perfectly pulls off studio recordings and stage performances both. Although it is a semi-acoustic piece, it will perform equally well (or even better in some cases) if it is mic-ed. Considering the price range it falls in, it is hard that you find an equivalent or an alternative.

Usually, equilization (EQ) is ignored in acoustic guitars. It is more like a plug-and-play thing and honestly, the settings do not even matter in most cases. But in AGW77ce-AR, the EQ system does some super important things. The EQ is LR Baggs StagePro and it manages an Element pickup. It is an under-saddle pickup. The options in the preamp contain highs, mids, and lows. Some people know them as treble, mids, and bass. Apart from that, it has a master volume control, phase inversion, and a notch filter. All the options are easily accessible and properly labeled. Playing around with the options would make significant changes in the resulting sound. More importantly, the phase inversion and notch filter, if set correctly, have the capability of cutting the feedback completely when the guitar is plugged. This is why EQ in AGE77ce-AR plays such a significant role. Additionally, it also has a chromatic tuner that helps with keeping the guitar in tune while being played. The tuner has red and green LED lights, just like every other tuner, that indicates if the string is in our out of tune.

The AGW77ce-AR by Alvarez is a unique and beautiful guitar. The price at which Alvarez offers it, the quality this guitar has is almost unbelievable. The body design, the tone, the sound, and the EQ system together makes this guitar one of its kind. It can be used in studios, on stage, and for almost any genre, from blues and jazz to rock and reggae. It is probably the best choice for an acoustic guitar in its price range.