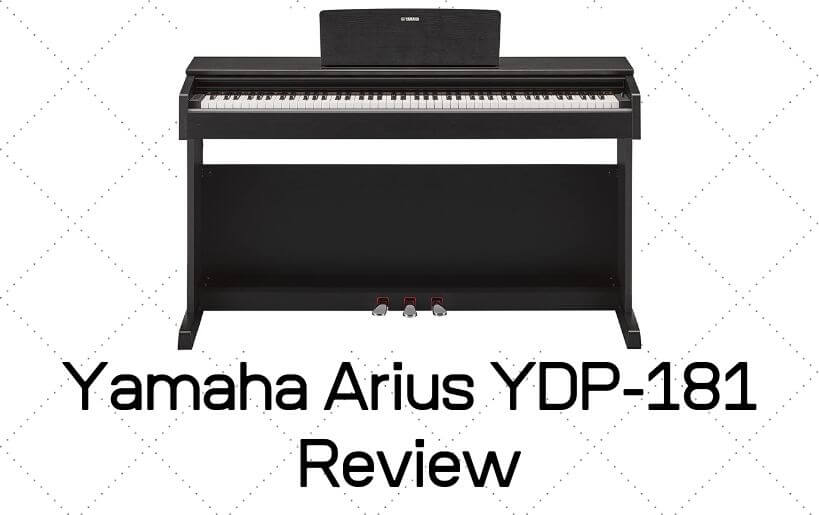 Console digital pianos are hardly the most common or well-known category of pianos, but they pack a great deal of value for people looking to combine the best of both worlds – the aesthetics of an acoustic and the functionality of a modern digital piano. Yamaha YDP-181 is a piano that is well respected to have those characteristics and can definitely be worth looking into for people interested in a digital piano with a premium look and feel.

In this review of the Yamaha Arius YDP-181, we will cover all factors that should be analyzed before a purchasing decision for this piano, which another key member of the Yamaha Arius series; any Yamaha piano that can be termed as a console is a part of this series. We will be going through its features, aesthetics, sound, other features, and summarized the pros and cons list in this Yamaha Arius YDP-181 review to help you make an informed and well-thought-out decision regarding this premium instrument.

Another option you might want to compare this brilliant instrument can be the Casio Celviano AP420, which packs almost all the features as the Yamaha YDP-181, but costs quite less. 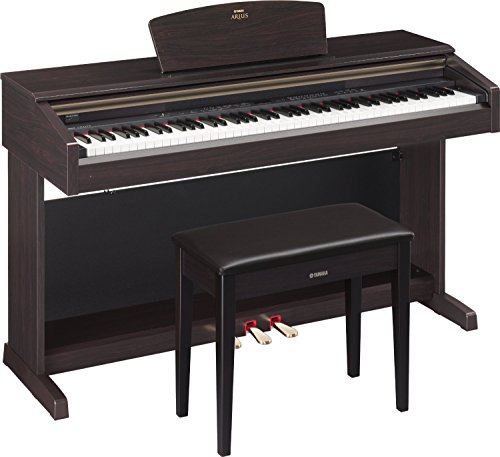 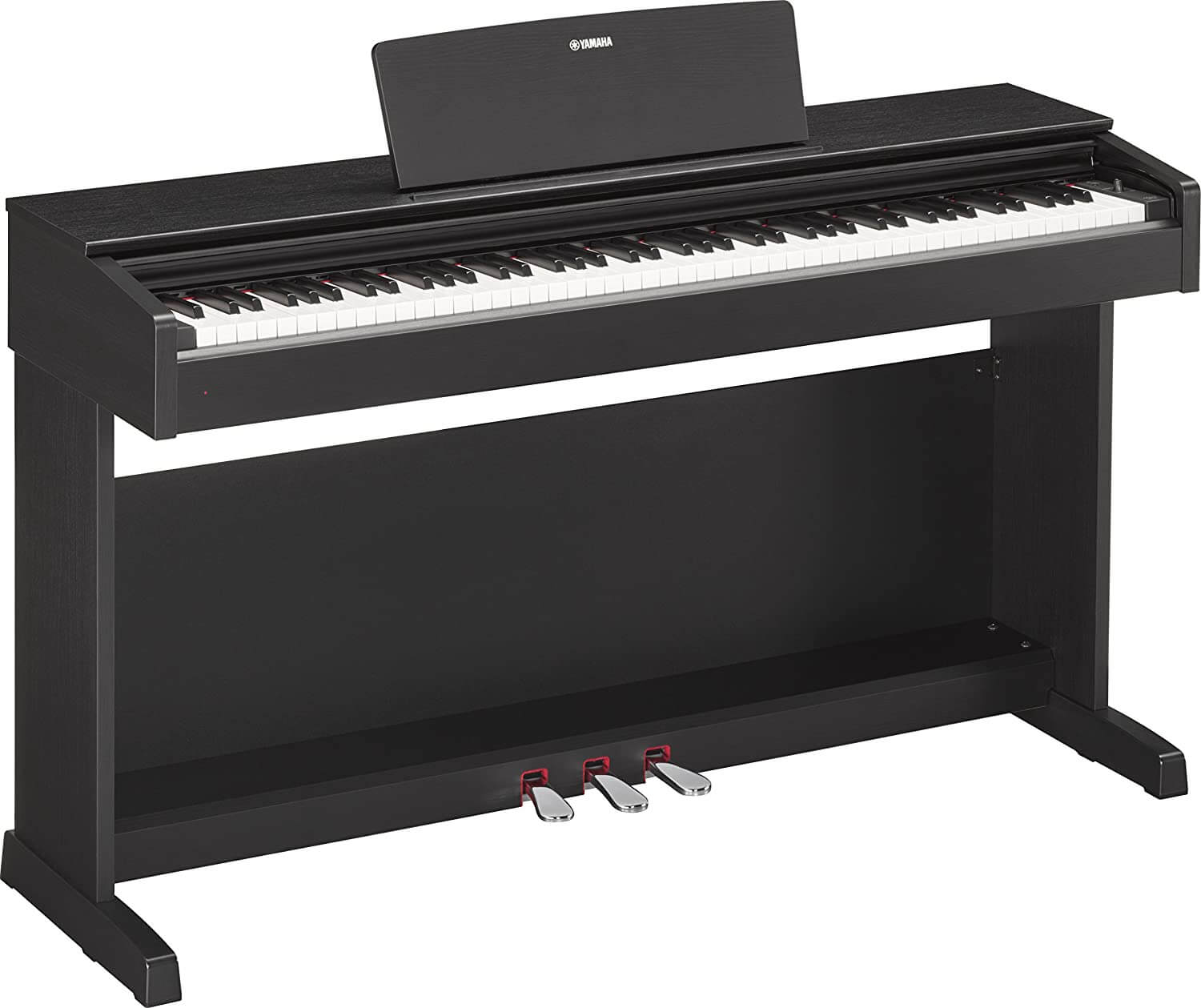 The Arius YDP-181 is a sleek, slender, and angular piano, which screams premium and high-end due to its design and build. It certainly adheres with the high expectations pertaining to design that is set with console digital pianos, while oozing finesse through its dark wooden finish and a 3-pedal unit laced with golden lining.

The dimensions for this instrument are 53 x 20 x 35, and it weighs around 110 pounds, which makes it one of the heaviest digital pianos in the same class, indeed. This creates an issue, prospectively, for buyers regarding portability and ease of movement. Pianos in this class are definitely heavy but most do not come close to this compact colossus.

The panel with controls and buttons is not exhaustive but is not exactly minimalistic either. There is a bench that comes with the piano, as well as a headphone hanger.

The keys of this 88-key model are definitely not a strong point going in its favor. Far from synthesized ivory or ebony, the plastic coverings give the keys a not exactly cheap, but non-premium or ordinary look and feel, which should probably not be the case with its price tag. The black keys, however, have a matte finish, which has a nice look and feel to it.

The piano also has variable touch sensitivity; from a dedicated button on the controls panel, “soft”, “medium”, or “hard” setting can be selected to align with playing style of keystroke strength.

The sound quality is a big factor that goes in favor of the Yamaha Arius YDP-181. All of its sounds are realistic, dynamic, and articulate. The keyboard houses the Advanced Wave Memory which is an audio sampling system leveraged for replicating the sound of a real piano by digital modeling. That is achieved by running recording samples through an audio filter.

As is the case console piano, the YDP-181 a multitude of sounds is not there. There is a total of 14 voicings and tones built-in. The main grand piano sound is based on accurate and realistic samples from some of Yamaha’s best and recognizable concert grand pianos. In addition to that, there is also another grand piano sound. The rest of the sounds include 2 electric pianos, 2 harpsichords, 2 string voices, 2 church organs, 1 vibraphone, 1 jazz organ, a choir voice, and a guitar.

The power, presence, and articulation provided in all sounds from this piano are packed with quality and you would notice it right away.

The touch-sensitive keys on this beautiful piano are augmented by Yamaha’s Graded Hammer (GH) key action system, providing heavy keys for the lower notes, and lighter keys for higher notes. The system is by no means a market leader, but it certainly suits this instrument.

The piano comes with a 50-song library, which can be used for practice, enjoyment, background music, or learning purposes. There is an inbuilt two-track recorder that can record up to three songs without the player having to clear the memory.

USB and MIDI connectivity is also available for advanced recording and tracking convenience. The three featured damper pedals have half-damper functionality; the lower and harder the pedals are pressed, the more sustain is achieved for the notes.

This console piano can serve a diverse range of players well, whether it be musicians, educators, beginners, intermediate players, recording artists, or touring artists. With the YDP-181, Yamaha has hit the sweet spot in terms of emulating the “rea;” piano sounds on a digital platform by leveraging their superior modeling frameworks.

This YDP-181 Arius review would definitely help you weigh the pros and cons of this beautiful machine. In our opinion, at this price range, you would be able to find other pianos who have the same features, but their quality (especially sound quality) is slightly lesser than that offered by Yamaha in the YDP-181.