Ask any keyboard lover about their favourite brand, and they’ll most probably mention a Yamaha. Isn’t that the case for you? Well, if it is, you’re in luck. The Yamaha PSR E253, unlike other high-end Yamaha keyboards & pianos, is quite an affordable one. So, your dream of buying a Yamaha can be fulfilled right away.

Yamaha makes high-quality keyboards and is therefore used and recommended by the best players in the world. However, one must do his research and see if a specific keyboard or anything for that matter will work for him. 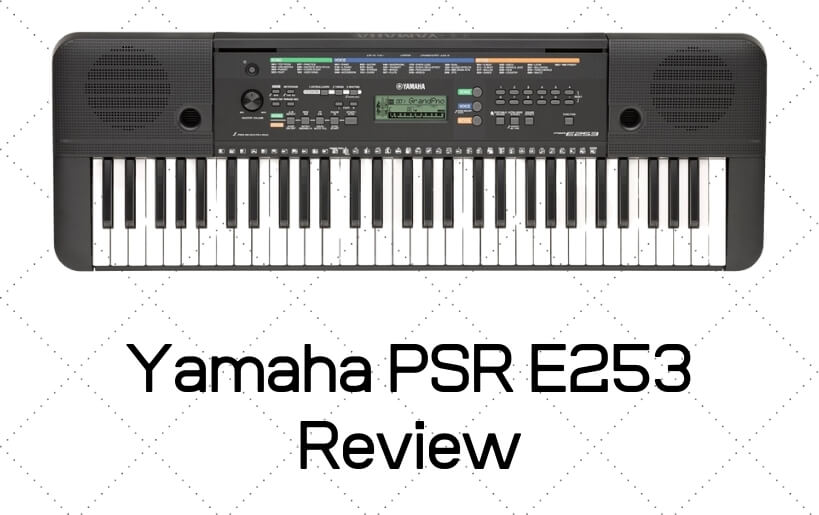 To help you understand this product from different aspects, we have decided to write a Yamaha PSR E253 Review.

After all, we are Yamaha lovers as well, and we have quite an experience using different keyboards. We hope our Yamaha PSR E253 Review will help you weigh the pros and cons of this keyboard and guide you in making the right choice.

Update – An upgraded version of Yamaha PSR E253 has also been released, named PSR E263. Although listed at the same price, it has been granted some additional features. It has been added with 12 new instrument sounds, three new percussion kits, 30 new preset styles, and10 new preset songs. Surprisingly a MIDI output has still not been added. 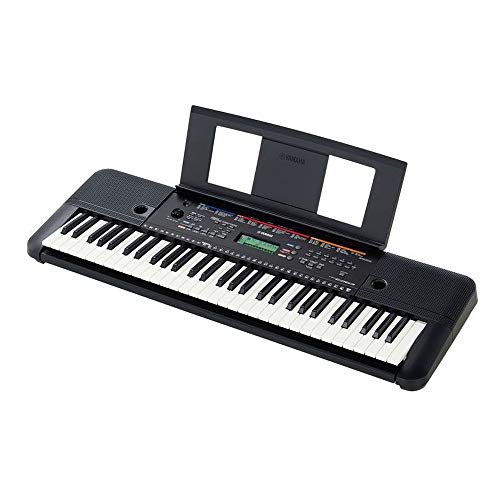 Like we’ve said before, it’s an affordable keyboard from Yamaha. Therefore, it does have some limitations, but it also has some advantages that make them worth the price.

Starting from its name E253, which means it can play 253 voices from different instruments as well as keyboards. These voices are more than enough to make an electronic music. This is a big plus point for keyboards of this price range or even for keyboards from other price ranges.

The second thing we should look at is its design, which is elegant and has a shiny finish. The keys are sleek and have symbols made above them, representing drum and effect sound. This is a plus point as it usually becomes difficult to judge drum and effect sounds. Similar is the case for chord types, which is very advantageous to have, especially for beginners.

Although it lags in the number of keys as it has only 61 (standard keyboards have 88), it’s easy to use interface is appealing. This makes the Yamaha PSR E253 worthy for beginners, but as you advance in your skill level, you’ll want to move on to another one.

However, it’s a basic keyboard. It works well for beginners and mostly children because its keys are susceptible. You might be trying to press a specific key, but you’ll end up pushing its neighboring ones as well. This lack of keyboard’s touch sensitivity is the reason why we would only recommend it for beginners. 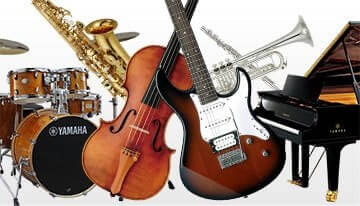 It also has a cluster of buttons that is responsible for learning and recording while a set of three lists show all the sounds, beats, and songs that can be played with this keyboard. This goes to show how well optimized the Yamaha PSR E253 is for beginners.

Another one of the features that make it ideal for beginners is that it has a sustain pedal input that keeps the note playing even when you’re not pressing the keys. This is very advantageous when advancing in your keyboard skills.

It also lags in speaker size as it has 2.5 W speakers who are not enough for a stage but good enough for learning and rehearsals. However, you can always plug in external speakers, or you can even plug in headphones if you want to play in silence. You can also plug in mp3 and play the keyboard with your favorite songs.

However, its equipped with a reverb, metronome, and a recorder, which are very useful to have in any piano. Moreover, like all Yamaha keyboards, this one also comes with a three-month subscription for the Flowkey app, which is a highly rated piano learning app.

Since it does not have a MIDI output, it cannot be connected to virtual instruments on a computer. Therefore, as you advance with, you’ll feel limited with this keyboard, and you’ll want to move on to another one that does have a MIDI output. MIDI is a vital feature today, and even cheaper keyboards usually have them.

Since it weighs only 4KGs (10lbs), it can even be picked up and carried by kids. This makes it one of the best portable keyboard pianos. So if your kid is required to bring his keyboard to his class regularly, then this would make life much easier for him. However, it does seem like it’s a bit fragile, so keep it in a sturdy case, so it doesn’t malfunction due to falls.

Now that we have discussed all the features of the Yamaha PSR E253, we want to outline the pros and cons to further simplify the process for you.

Update – An upgraded version of Yamaha PSR E253 has also been released, named PSR E263. Although listed at the same price, it has been granted some additional features. It has been added with 12 new instrument sounds, three new percussion kits, 30 new preset styles, and10 new preset songs. Surprisingly a MIDI output has still not been added.

Now that we have explained the features and outlined the pros and cons, we have completed our Yamaha PSR E253 review. We hope it has helped you understand if this is the right keyboard for you.

Our conclusion about this keyboard is that it’s a decent keyboard and built for beginners, especially those willing to learn at home. Due to its short speakers and lack of sensitivity, it can not be played in conservatories. In a conservatory, a hammer action keyboard is required.

All in all, the E253 is a decent keyboard with some advantages, but its ideal for beginners. Like we’ve said before, it’s always good to buy a product from Yamaha.